‘There is such a thing as being too comfortable’

I was glancing through my notes looking for something fun to write about this week—yes, I keep a list of things that might go into a blog post, a practice The Child finds, for some inexplicable reason, hilarious—when I came upon this fragment: “The lady who’d take her teeth out to scare us.” 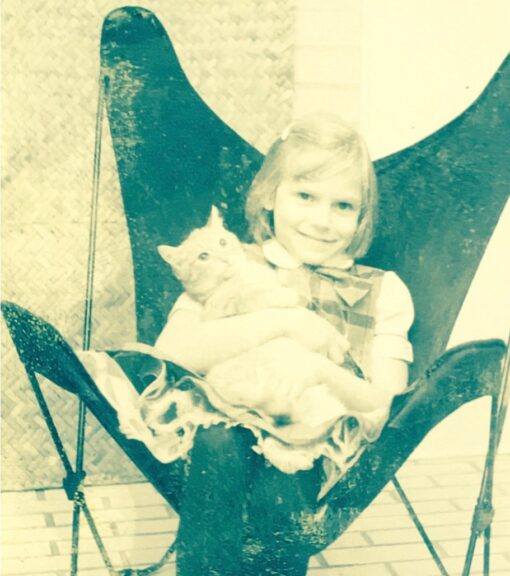 Now who would want to scare a cute little girl like this one?

See, when we were very little–little enough that a woman pushing her false teeth halfway out of her mouth would scare the bejesus out of us—we were allowed, nay encouraged, to run around our neighborhood. We respected no boundaries, rampaging across front and back yards with impunity. Apparently, this one Neighbor Lady didn’t cotton to us free-ranging around her magnolia trees (we would use the buds as ammo in our “wars”) so she used her partial plate as ammo against us.

But, as I’d already written a pretty nifty piece called “I’m Watchin’ Him,” which is all about Mid-Century Children roaming free, I decided to use my next set of notes, which included this sentence: “Can’t we just pretend we’re dating?” 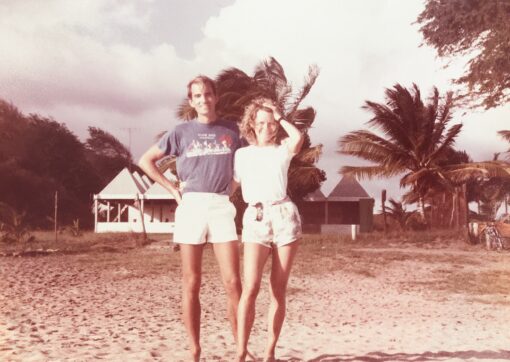 See, even before the Pandemic put us into super-close super-long proximity, The Dude would, how shall I put it, get on my nerves when we were thrown together for extended periods. Yes, even way back in the Before Times, I found that, Dude-wise, there could be such a thing as too much togetherness.

I’ve already told you about the Pants Thing. The Pants (or should I say No-Pants) Thing got its own piece, for heaven’s sakes. (“I’m the Sheik of Araby”) I wish I could blame the coronavirus for this no-Pantdemic, since that would mean pants might reappear when things get back to “normal.” But, alas, The Dude has been marching around in his undies since our honeymoon—when, hey, it was kind of exciting—and I can’t see him stopping, not for health or high water. 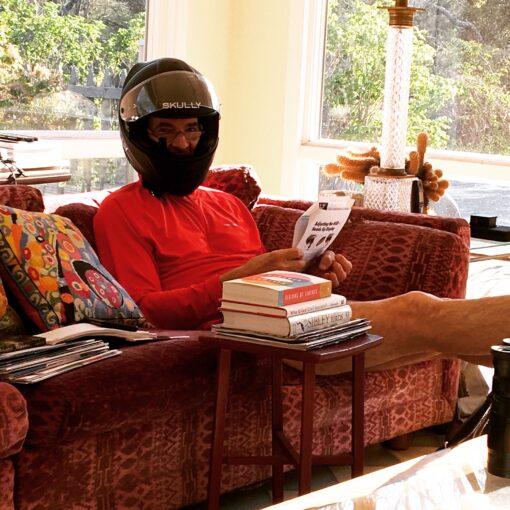 The Dude, sporting a motorcycle helmet — but no pants

And then there’s the Loud Bodily Noise Thing. You Married Ladies don’t need me to spell this one out. Let’s just say that the high-decibel belching is the lesser of two evils. Oh, yes, there are other Loud Things that are not Bodily. These are endemic among all Whitmores, not just Dude Man, and include, but are not limited to, cabinet-and-drawer banging, door-and-slider slamming, and deck-clomping. I swear, the heavy-footedness of Whitmores—and not just the male ones—is so pronounced that the barbecue grill jangles when one of them “strolls” by.

And then there’s the Yelling. Again, this is a Whitmore Thing. “Why talk when you can shout?” I imagine them agreeing. I remember sitting next to The Guy Who Married Wayne’s Sister (we called ourselves The Outlaws) mainly so he and I could marvel together at the incredible volume at the dinner table. There were only six or seven of them there at any one time, but the noise would “go to eleven.” 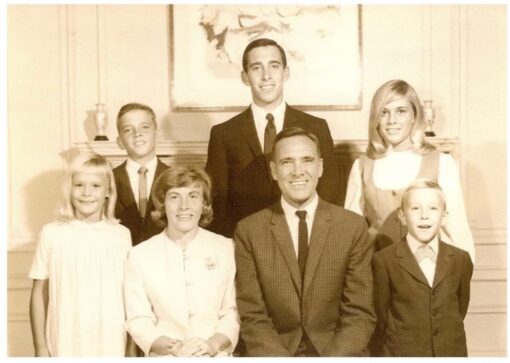 Hah! Don’t let those composed, genteel faces fool you — these folks were LOUD

Okay okay, I’m almost done. No spousal rant would be complete without mentioning the Clipping. Again, Married Ladies, what’s with clipping one’s nails in public? And I don’t mean just fingernails. I honestly don’t think I’ve ever clipped in company, and I’m certainly not what one would call a Fancy Person. But Dude Man will, at the drop of a hat, whip one of those long legs up eye level and have at those toes. At least he does clip them. I had a college BF whose toenails looked like he was training to climb trees.

And, I ask you, who put me in charge of Locating Glasses? I swear, it’s “Where did I put my glasses?” at least four times a day, in close competition with “Where did I put my phone?” At least with the lost phone I can call his number so he can zero in on its ring. Hey, that would be a great new feature for Apple: “Siri, find my glasses.” 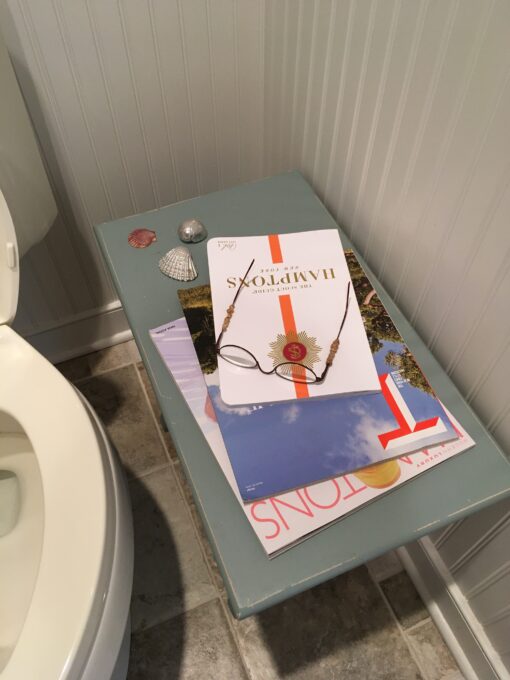 The Lost Glasses. They were exactly where the nail clippers should have been

Now, long before the Time of Corona, when these behaviors got out of hand, I would catch The Dude’s eye and say, “Hey, can’t we just pretend we’re dating?” Meaning, of course, that if we had just met and were trying to impress one another he wouldn’t belch out loud or clip his appendages in front of me. Though, come to think of it, he might have done the No Pants Thing. But back then it wouldn’t have been for comfort. 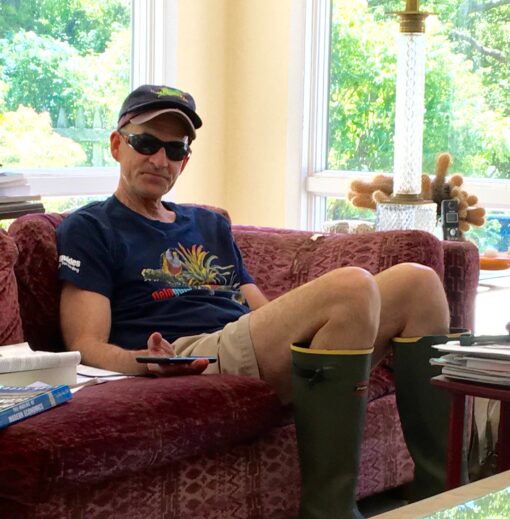 The Dude in a rare-but-adorable pants-wearing session where he has NOT mislocated his phone. Note the double hats, not to mention the boots. No wonder I forgive him his foibles

Well. Gosh. That felt good. Now, before I close up the blog shop and go rustle up some lunch, I feel in all fairness I should note that I am sure there are things about me that drive The Dude nuts, isolated together or not. But if you want to hear about them, Dude Man will just have to start writing his own blog.

What’s that I hear? An ice cube, being loudly crunched, Whitmore-style—in hell.