‘When it comes to age, everything is relative.’

My Favorite Younger Sister Laura (at left above, smiling and be-hatted) has a lot going on and is often in a hurry. When someone dawdles, say, at a traffic light that has just turned green — or spends too much time chatting up the checkout girl at Costco, she is wont to mutter “while we’re still young”.

She does this so often that when her adorable daughter Natalie was only about two, she would parrot her, much to our amusement.

But, amusement aside, “while we’re still young” has begun to resonate with me, and not just at traffic lights.

See, we helped The Child celebrate her birthday last week. And I realized that she is now the same age I was when I pulled up my socks and moved myself to New York City. This was a pretty brave thing for me to do at the time. (And yes, there’s a story, called “Take a Letter, Miss Henry”.) I didn’t know a soul here, but I decided I needed to get my Ad Career into gear before I got too old. 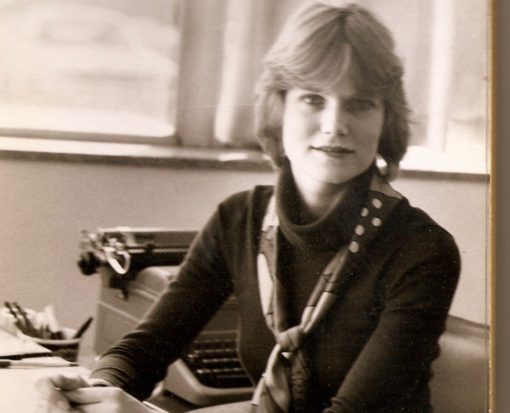 Me, getting longer in the tooth every second I stayed stuck in Kansas City 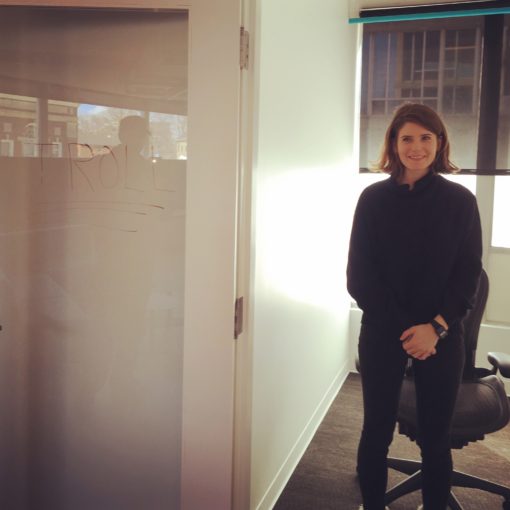 The Child, same age as me, above, yet looking long in leg — not in tooth

Yes. I thought I was old — at 27! But, like I say, when it comes to age, everything is relative. Speaking of which, my Favorite Older Relative, my own personal mother, had three kids by the time she was 27. And she didn’t start all that young, at least not for the 1950s. 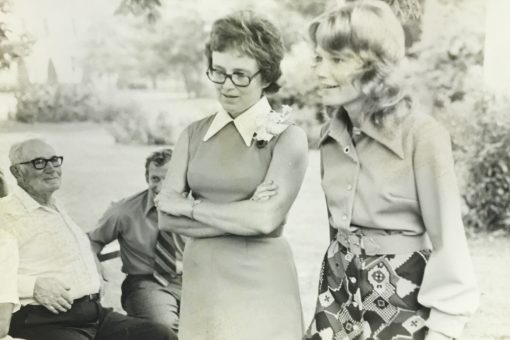 I used to warn The Child that if she waited to give birth till she was the same age I was when I had her, I’d be too old to hold the baby. Or I might drool on it. After all, I’d be (gasp) eighty. But now I have friends who are eighty, or at least pushing it — some damned good bridge players among them — so that joke falls rather flat. 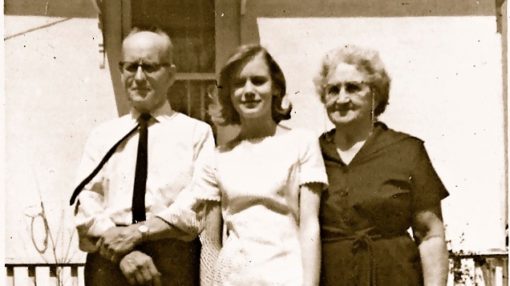 And my Mom? Well, as you can see from the picture at the top of this post, she and I are starting to, well, look a whole lot alike. People might think we’re sisters, and not mother/daughter. Or buddies. Like two Ladies of a Certain Age who like to hang out together. Which, I guess, is what we are. 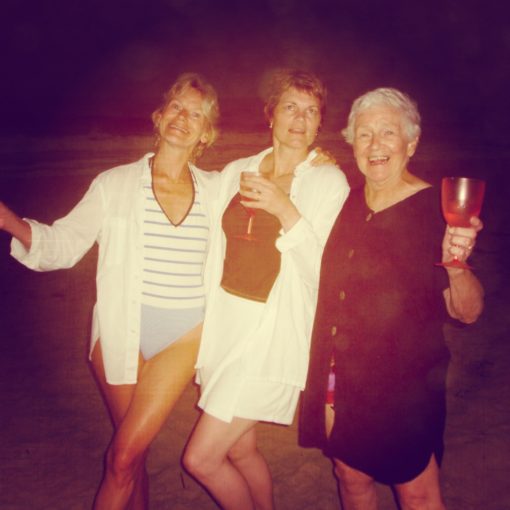 Same three Henry Gals, having a great time together, as usual. Tho now I’m older than Mom was here

Speaking of hanging out with similarly-aged people, I used to babysit for one of my mother’s friends. She was (and is) a woman younger than my mom (she had little kids when my Mom had high-schoolers). Anyway, after I grew up, she kept telling me I could stop calling her Mrs. Meisenheimer and call her “Ruth”. You know, since we were both grownups. But I couldn’t do it; she was Someone For Whom I Had Worked who was a Friend of My Mother’s. So Mrs. Meisenheimer it was. Until the day I turned 60, and Mrs. M sent me a birthday card that said she thought it was about time I cut it out. So, hi, Ruth!

I want to note here that The Dude has his own version of “while we’re still young” — it’s “while we still can“. Which is what he says when we go on our adventures. We go to these exotic places — like Uganda, and Guyana, and the Amazon — to hike and search for rare birds. Sometimes these trips are arduous and even treacherous. But The Dude, bless him, insists we go “while we still can”.

And so it goes. See you next week — when, dammit, I’ll be even older. But then again, so will The Child. 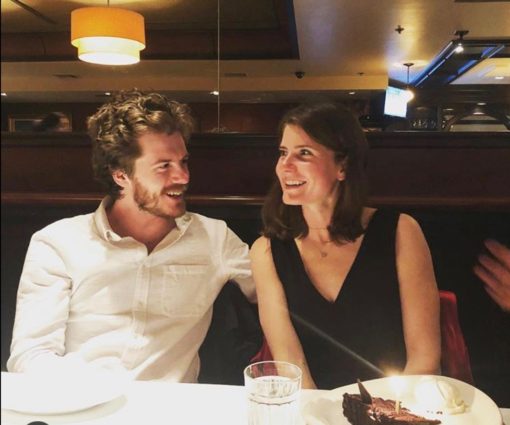 The Child and BF celebrating her birthday in Boston — because why not? 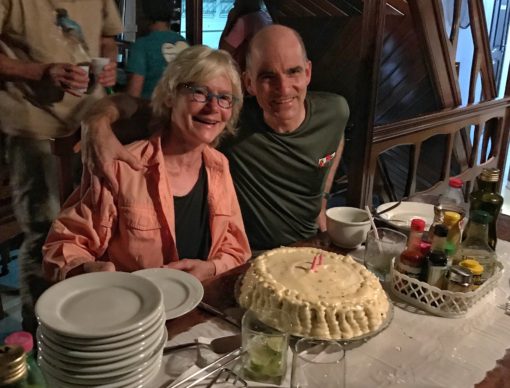