‘And other signs we’re not in Kansas any more’

Not even in New York City have I heard of traffic having to stop to make way for zebra crossing the road. (‘Zebra crossing’; couldn’t help myself.) Though I have heard that elephants used to tie up whatever traffic was happening at three in the morning whenever the Ringling Brothers, Barnum & Bailey Circus was in town. 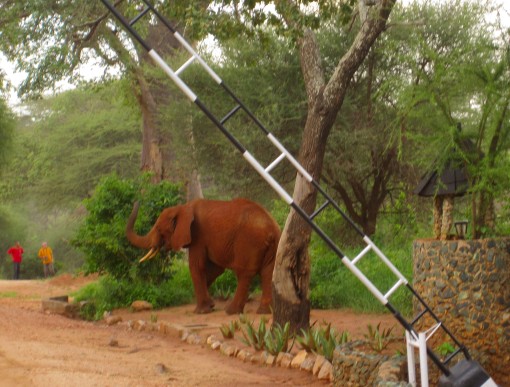 Maybe that’s not an official elephant crossing. But who’s going to argue? Not those guys on the left, anyway

But this post isn’t about zebras, or even about elephants. Though we did in fact see a very wide range of animals crossing the road whenever the spirit moved them: warthogs, wildebeest, hyena, baboons, impala, gazelle, ostrich. And goats. Many many goats. 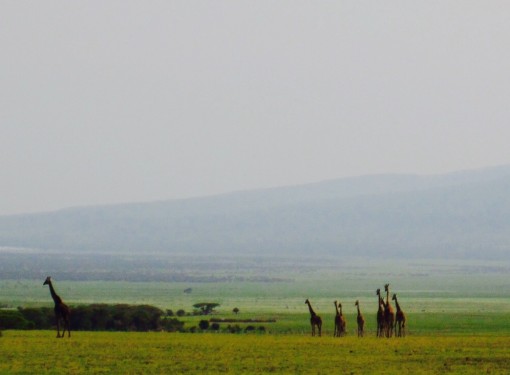 Nope. Not goats. But even giraffe have places to go and things to do

This post is about the many excellently creative signs we’ve seen here. Those of you who’ve followed me for a while (thank you, by the way) know that I have a Thing for signage. Amusing signage. And here in Africa, I am in Amusing Sign Heaven. Remember that sign I told you about in my own New York City neighborhood? ‘Our Lady of Perpetual Help Business School’? Well, here in Kenya they have the ‘Blessed Computer School’.

Also, Kenyans seem to go for reverse sign psychology in a big way. I haven’t seen very many ‘For Sale’ signs, but I have seen quite a few signs that read ‘This property NOT for sale’.

I’ve also seen quite a few signs for coffin businesses. It seems they don’t hide these establishments, like they do here in the States. You’ll see dozens of coffins lined right up along the roadside, many quite ornately decorated with sparkly crosses and such. The signs are rather festive too. My favorite was the sign advertising ‘Coffins and Wedding Gowns’. But there was also the (unintentionally, I assume) hilarious ‘Executive Coffins’.

I also made a note of (but alas, did not photograph) ‘Vex Construction’, which anyone who’s ever undertaken a home renovation will understand completely. And some business called ‘Kaka Somora’. I have absolutely no idea what this means. But just try saying it out loud without laughing. 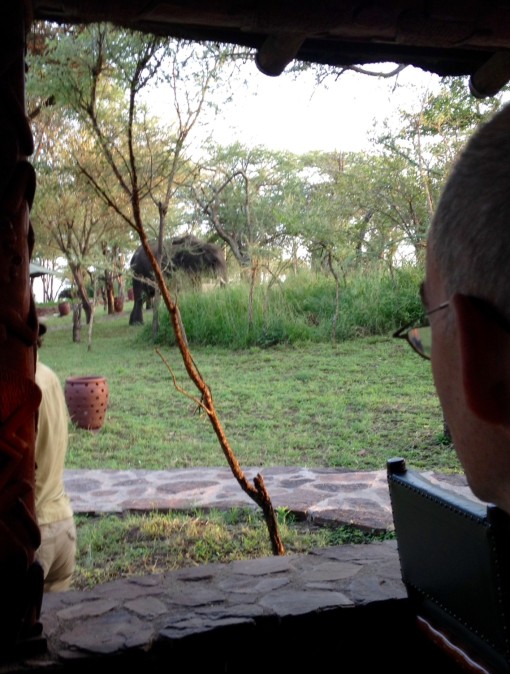 No need for ‘Man Selector’, when you have the Most Excellent Dude. Who saw an elephant in his pajamas. What he was doing in his pj’s, we’re not sure. Except it involved a lot of tree destruction

Well, the internet has been nonexistent for three days, and intermittent at other times, so I’m wrapping this up — in the only place I can get reception, which happens to be the bar at the nearest lodge to Lake Baringo in Kenya. It’s about a zillion degrees. But hey, I’m in Africa. And that’s worth a little sweat and lack of social media. Back in Good Ole New York again in time for next Tuesday’s post. Hope you can stop by. Virtually, of course.