Well. Another Thanksgiving’s been added to the Memory Bank. The leftovers are long gone, and Mr. Turkey himself has been stripped down to his carcass, the broth boiled from his very bones. 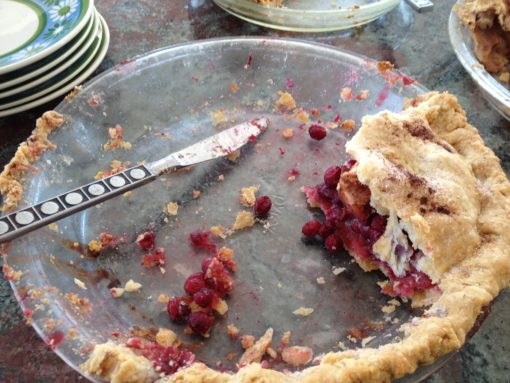 Remains of the Pie. This was a couple of years ago. As you can see, I had not yet perfected my crust

And, as much as I adore my Absolute Favorite Holiday, I honestly can’t look another sweet potato or cranberry in the eye. I don’t even want more pie.

But am I ready to move on to Christmas? Starbucks certainly seems to think so. (Half an hour ago, there was Judy Garland on the speakers warbling “I’ll be home for Christmas” as Miss Barista handed me my carefully non-religious “Holiday”-themed vente latte.) 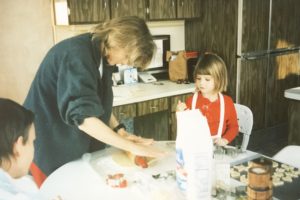 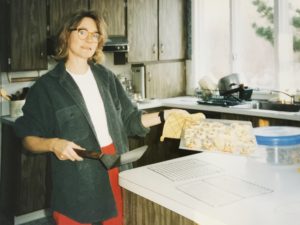 I’m thinking this was indeed the One and Only Time

But I am ready to dig into my stash of Christmas movies. I’m the kind of person who really gets into Christmas Movies, even though, as I’ve made perfectly clear by now, Thanksgiving is my favorite holiday. I’d probably like Thanksgiving Movies even more — but, as far as I know, there aren’t any. Well, except for “Trains, Planes, and Automobiles”. And, sorry. As much as I adore Steve Martin (I even had a date with him once, honest) it just doesn’t crack me up as much as, say, “Home Alone”. 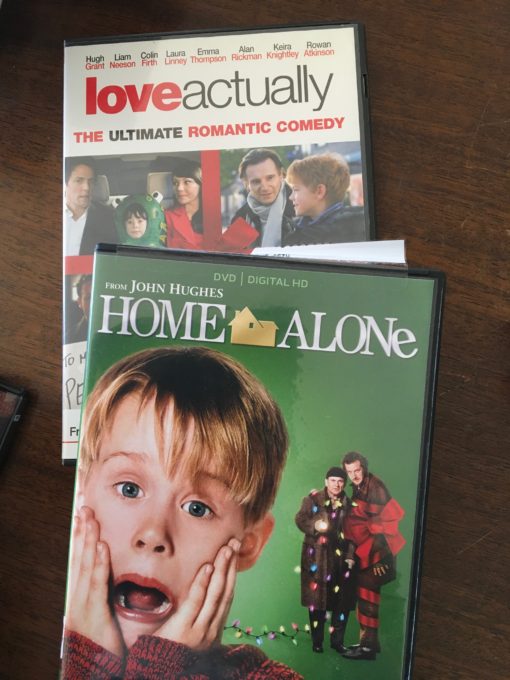 And of course there’s “Love Actually”, which I love, actually. I have whole sections of that one memorized. True, there are some unforgivably schmaltzy parts (that cringeworthy wedding subplot featuring a mouth-breathing Keira Knightly), but I never tire of Colin, God of Sex, telling the caterer that the teensy carrot hors d’oeuvres look like dead baby’s fingers. My kind of humor, that. 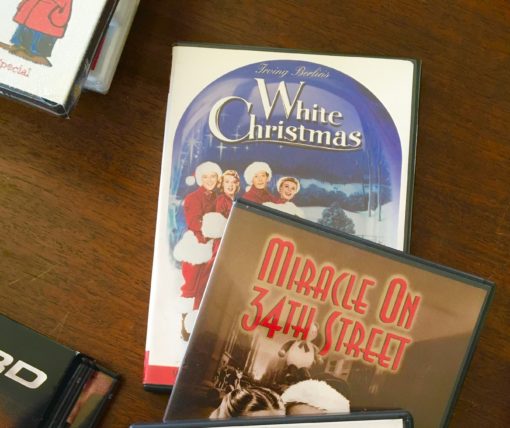 Der Bingle, Der Kringle, and that’s Charlie Brown up there in the corner

Now, I’m not going to waste your time extolling the virtues of “White Christmas” or “Miracle on 34th Street” or even “A Charlie Brown Christmas”. (Notice that I do not mention “It’s a Wonderful Life”; I honestly do not think it’s a wonderful movie. Waaaay too sappy for me.) 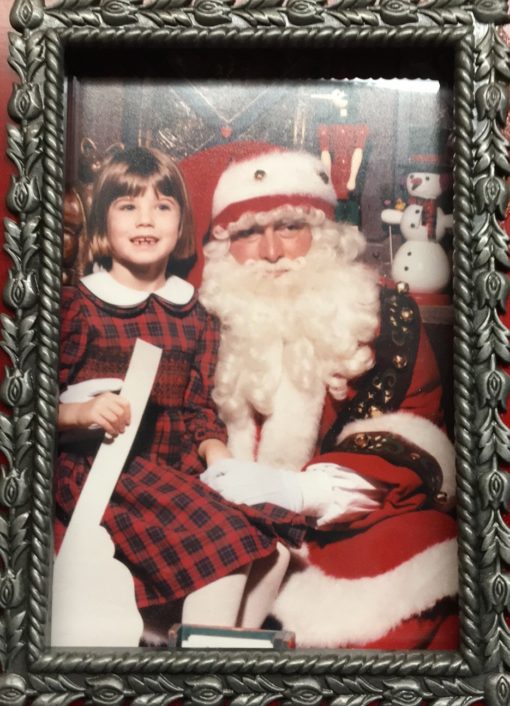 The Child’s “Miracle Moment”. No, I did not take this photo myself. In fact, I did not even take her to see Santa myself

Rather, I’d like to call your attention to some Christmas Movies you just might not know about. Like “The Apartment”. This one has an utterly marvelous and adorable very young Shirley MacLaine and Jack Lemmon wearing a funny bowler hat to look older and Fred McMurray as the villain, for Pete’s sakes. I dare you to watch it and not cry at the end when Miss Kubelic tells C. C. Baxter to “shut up and deal”.

And how about “Die Hard”? It’s totally a Christmas Movie. With not one drippy drop of schmaltz. And if you’re not a Bruce Willis Fan (which how could you not be?) there’s Alan Rickman. I rest my case. 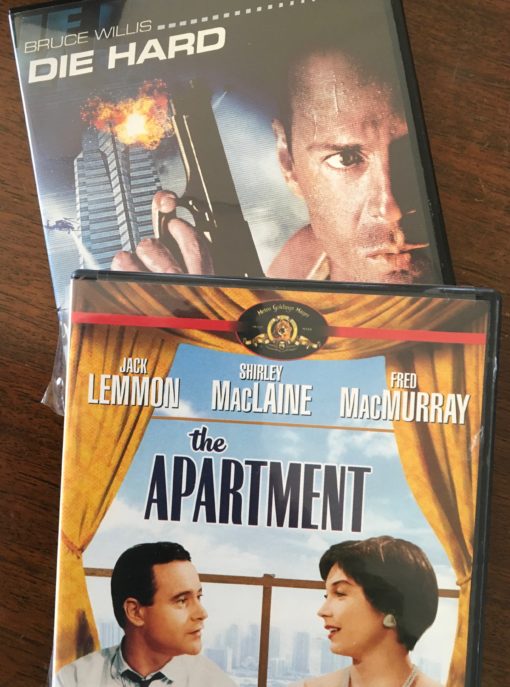 Last, and certainly not least, there’s the Christmas Movie from which my title takes its quote. Or something like that. And this is “Mr. Magoo’s Christmas Carol”. 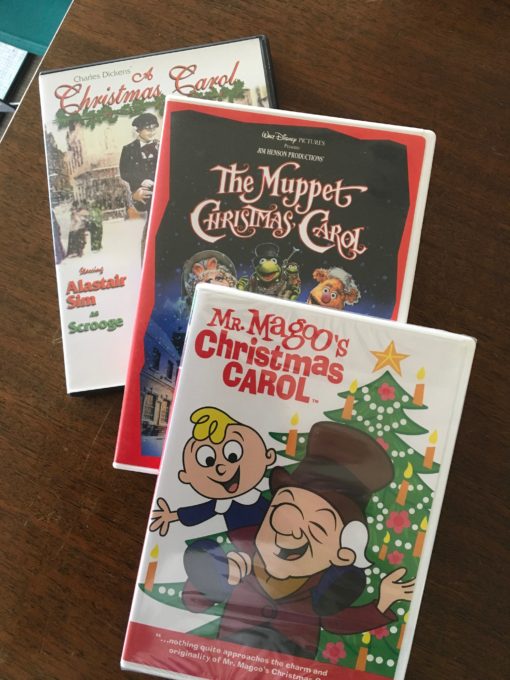 Now “A Christmas Carol” has been done, and done to death. There are at least two “serious” versions, the only one of which I can abide is the Alistair Sim One, shown above. But if I have to watch Tiny Tim, watching him as a Muppet is much less cringe-inducing. And he most certainly is in “The Muppet Christmas Carol”. In fact, the only human in this one is a very uncomfortable-looking Michael Caine. (He must have had a car payment to make.) But it’s worth watching him woodenly interact with puppets to see the Muppet Mice sing “Heatwave”.

But back to Mr. Magoo and his Carol. This was — and still is, I’m thinking — my mother’s Favorite Christmas Movie. Back in the Olden Days we could only watch it when it came on TV. We would scour the TV Guide for its seasonal appearances, and lie on our stomachs on the wall-to-wall carpeting, devouring washtubs of home-popped popcorn (courtesy Youngest Younger Brother Doug, who could barely reach the stove but was still the best corn popper in the family) and/or giant cereal bowls of ice cream, and watch Mr. Magoo do his Scrooge Thing. 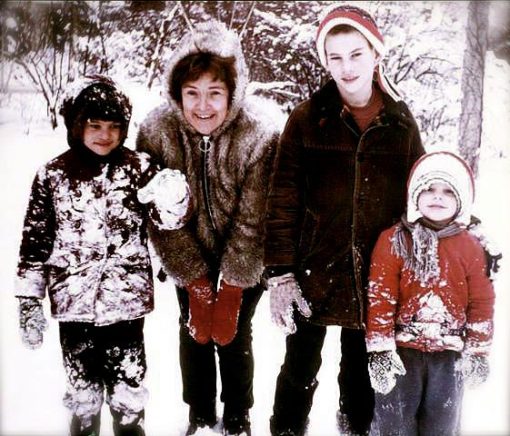 What we used to do when we weren’t watching Christmas Movies on TV. That’s popcorn-making Doug on the right

But then a few years ago my Middle Younger Brother Roger performed a Christmas Miracle and found my Mom a copy of the movie on videotape. Which meant that she could watch it any time she wanted. Score, Roger! Best gift ever. And this is the scene she loved best. Which, of course, this being the Age of the Internet, took me just a few clicks on YouTube to find for your viewing pleasure:

Well. That certainly got me in the Christmas Mood. Maybe I’ll get my decorations out. Or not. 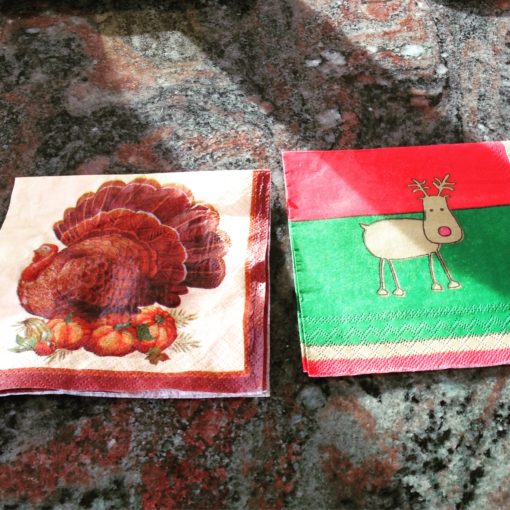