“I am large, I contain multitudes.” So sayeth the Internet, no doubt referring to those self-portraits otherwise known as “selfies”. Now I should point out, before I get too carried away with my mangling of Leaves of Grass, that the portrait at the top of this post is not actually a selfie. It may be difficult to imagine in this age of the ubiquitous hand-held device, but there were no cellphones in Seventeenth Century Holland. Though it sure looks as though those burghers are hamming it up for Instagram, doesn’t it? 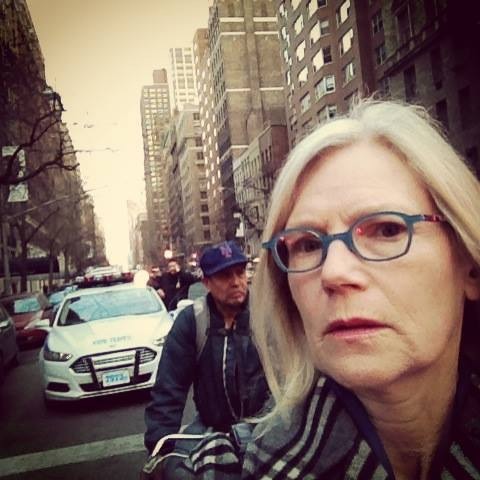 Twenty-First Century Burgher Selfie. As you can see, I am not immune to the lure of the self-portrait. Even when being run down by a bike messenger

Speaking of hamming it up, I’ve been known to indulge in the odd selfie. In fact, I’ll be peppering this post with a few of my favorites — because why not? 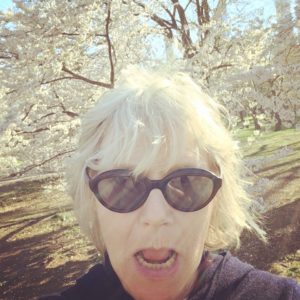 Now to be sure, those of you who read my rantings regularly (bless your hearts) know that there are times — usually when traipsing through jungles and rainforests on the prowl for exotic birds — when I am, as they say, offline. As in away from the internet, off the grid, incommunicado. And (mostly) unable to self-snap. 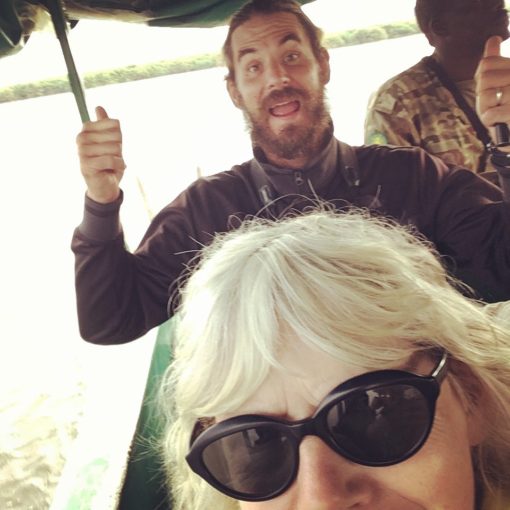 Hot (as in “temperature”; calm down) Birder Selfie. Somewhere on a river in Uganda. Note how Guide Man is making that Selfie Face 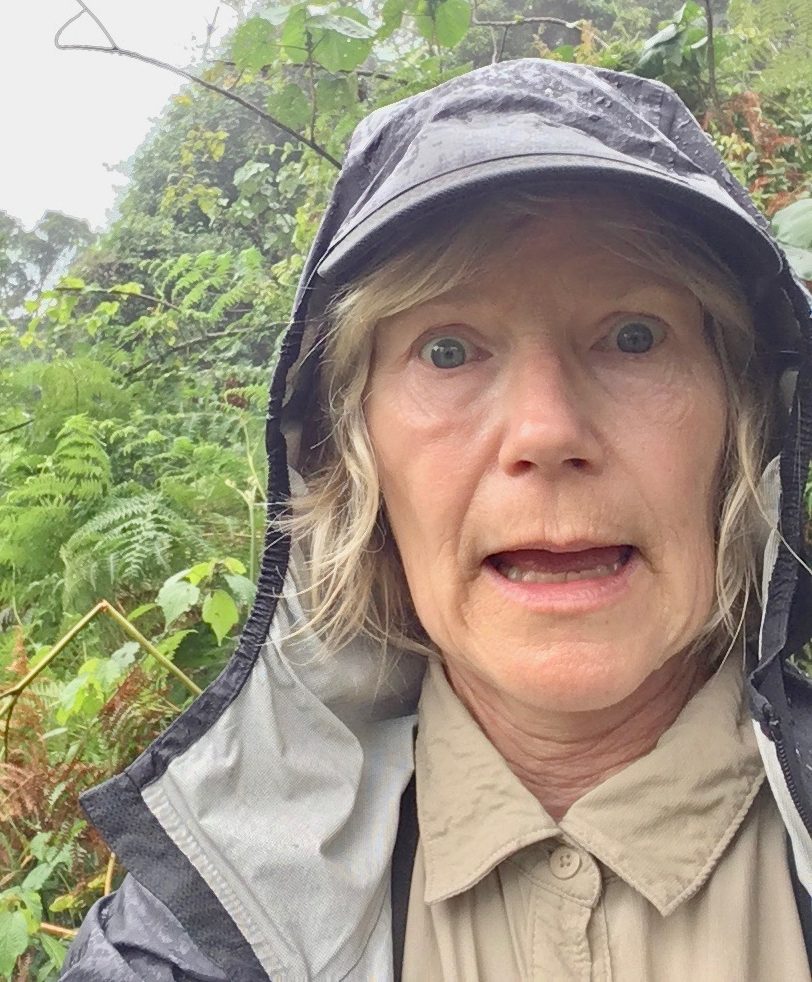 Wet Birder Selfie. Somewhere along a trail in Africa 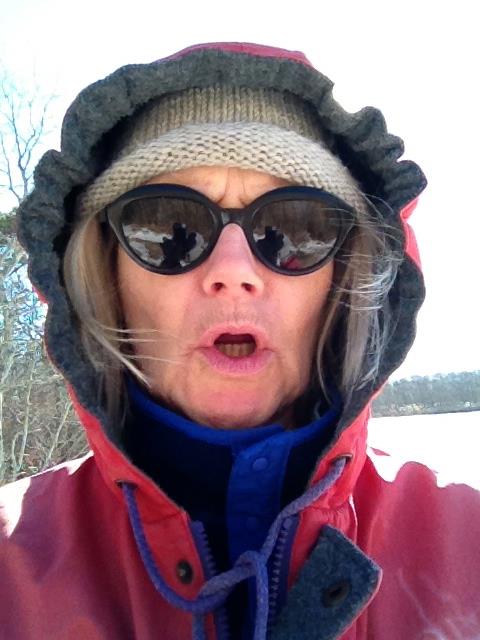 Cold Hiker Selfie. Somewhere along a trail in the Northeast

In fact, on this last trip — the one to the Uplands and Lowlands of Western Panama — my iPhone met some water it didn’t like. And died. It was old and tired and kind of on its last legs anyway, so it wasn’t the end of the world. But it’s amazing how you don’t realize how dependent you are on those darned things until you don’t have one. 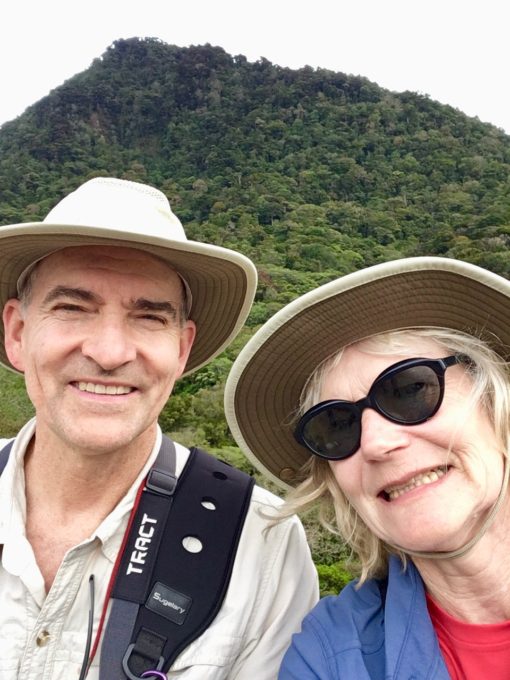 Panama Selfie. The last selfie before the Drowning of The Phone

On these trips I mostly use my phone to take pictures, and not just selfies either. But it can be a good thing to commune with nature without documenting each and every cool tall tree or crazy-shaped rock or even cloud-filled sky by planting A Dude in front of it. 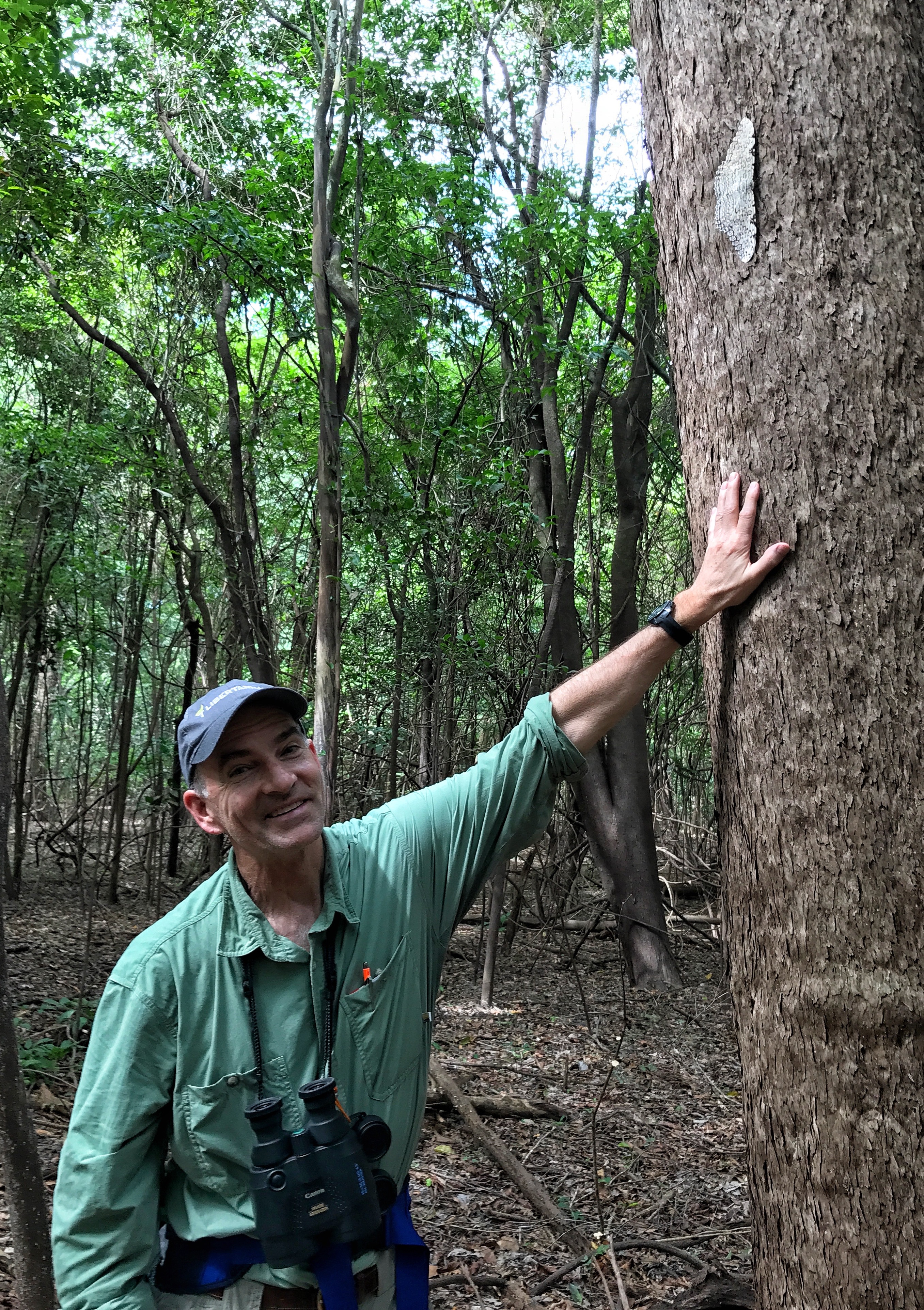 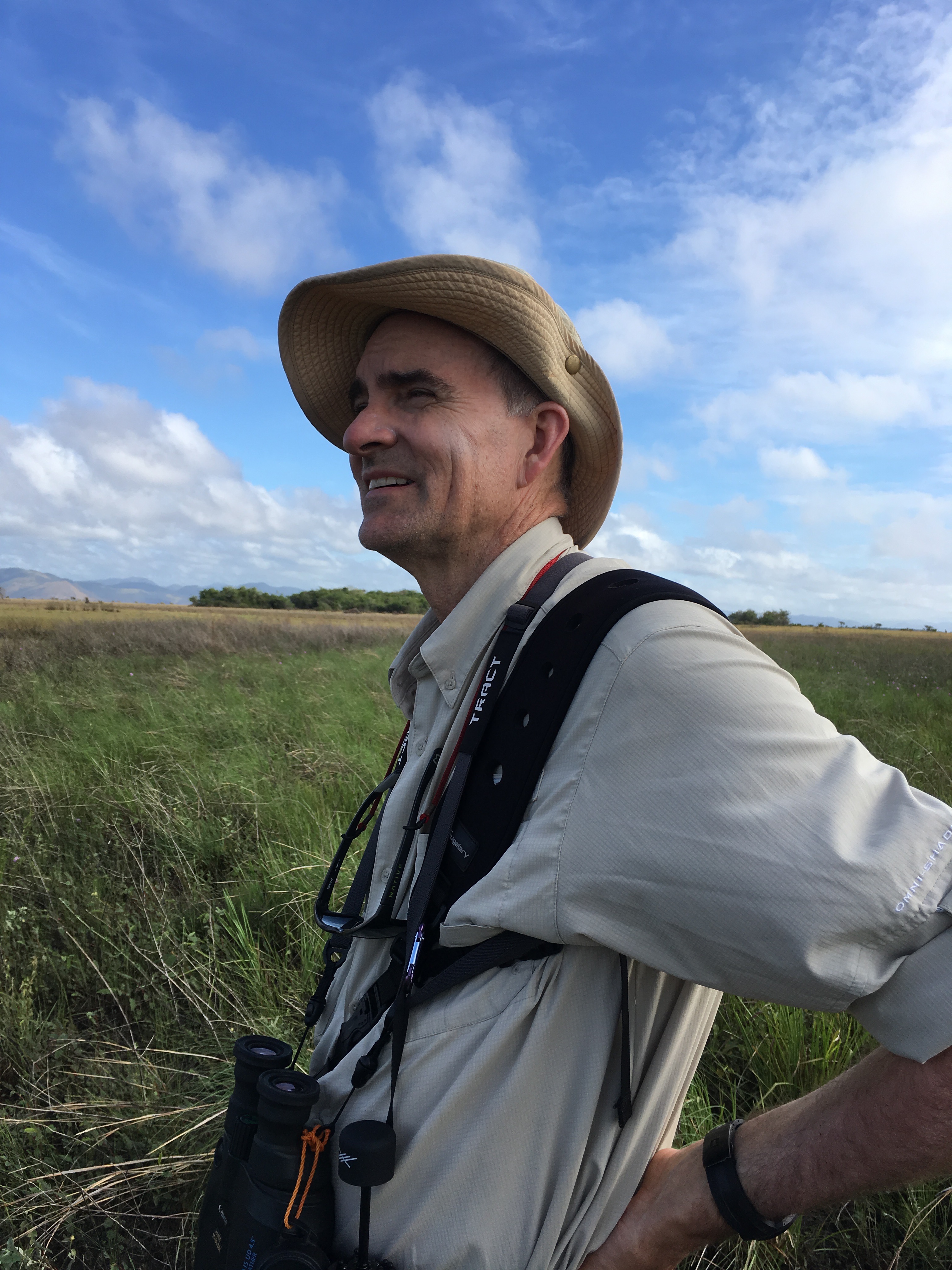 A Dude out standing in his field 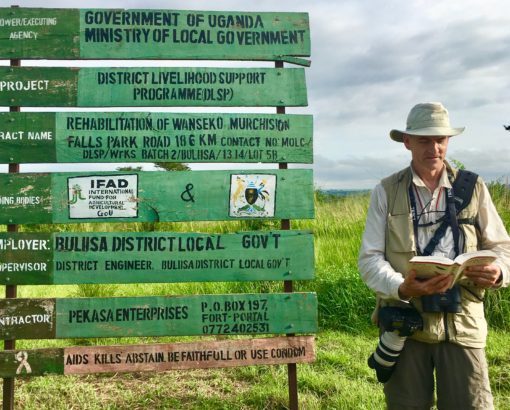 I am particularly partial to documenting wacky signs. As long as I plant A Dude alongside. Check out the last line on this sign in Uganda

While I was phoneless, I had time not only to take in my surroundings, but to read a New Yorker article by Oliver Sacks called The Machine Stops where he says he “cannot get used to seeing myriads of people in the street peering into little boxes or holding them in front of their faces, walking blithely in the path of moving traffic, totally out of touch with their surroundings.” Oliver Sacks, in case you need reminding, was a famous neurologist and the author of the best-titled book on the planet, The Man Who Mistook His Wife for a Hat. 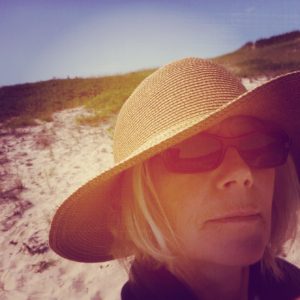 Oliver goes on to bemoan the fact that, for many people nowadays, “every minute, every second, has to be spent with one’s device clutched in one’s hand. Those trapped in this virtual world are never alone, never able to concentrate and appreciate in their own way, silently. They have given up, to a great extent, the amenities and achievements of civilization: solitude and leisure, the sanction to be oneself, truly absorbed, whether in contemplating a work of art, a scientific theory, a sunset, or the face of one’s beloved.” 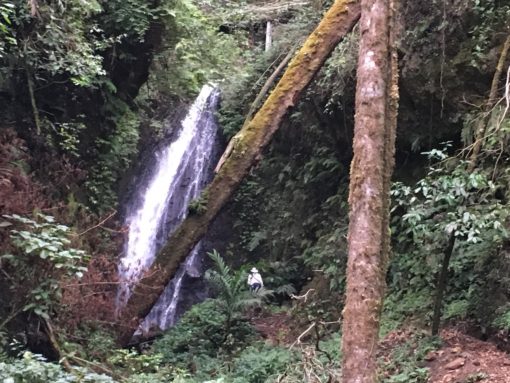 Well. After reading that I was almost grateful that my phone was now a soggy paperweight. I felt lighter, cleaner, more virtuous even, without it “clutched” in my hand. 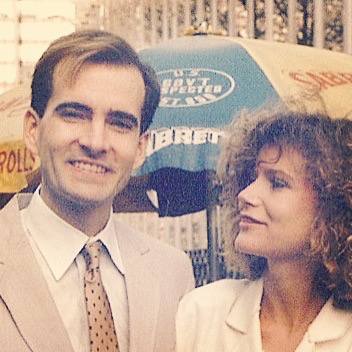 Wedding Selfie. (Speaking of “Beloved”) Technically not a “selfie”, since we didn’t actually take this ourselves 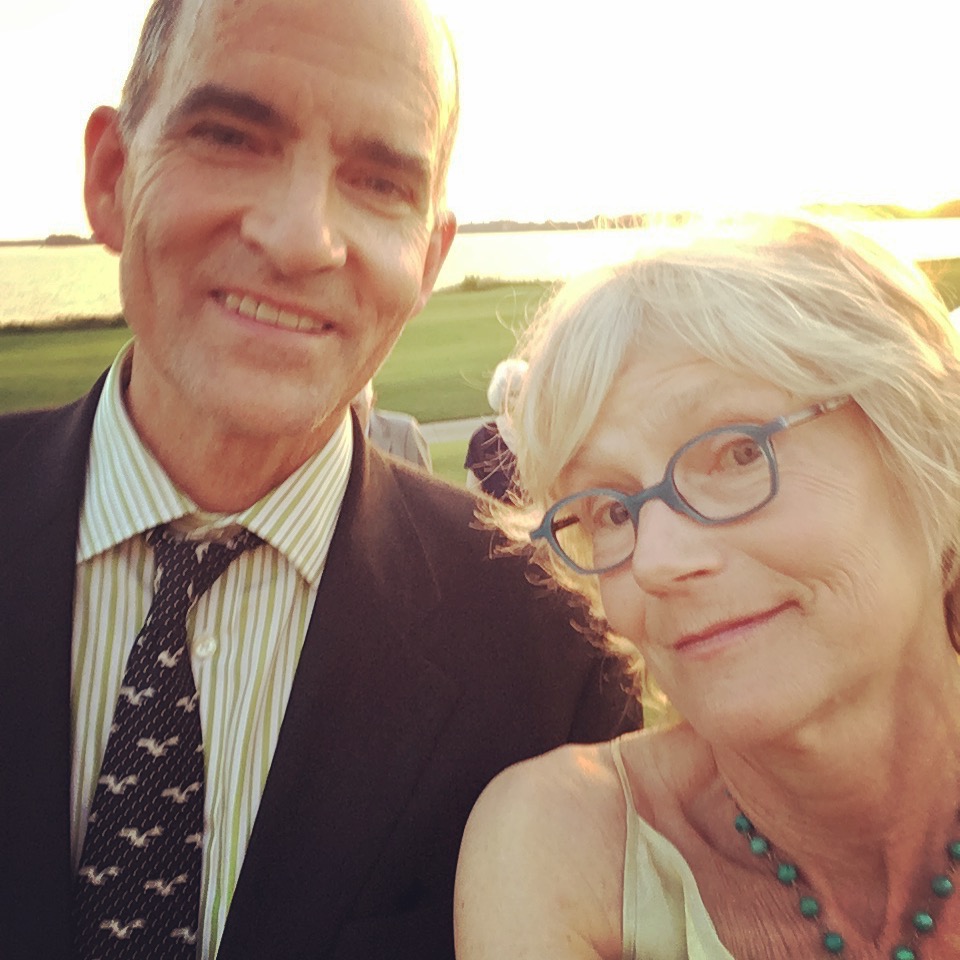 Other-People’s-Wedding Selfie. Yup, I took this one

Of course, the moment I got my clutches on an internet-connected device I ordered myself a new phone just like the one that died. And there it was, all fresh and new in its itty-bitty white box, ready and waiting for me to fire it up the second I got home. 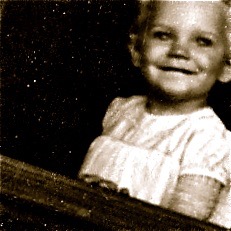 Itty-Bitty Selfie. Well, technically not. But it is a darned cute photo, so what the heck

8 thoughts on “Song of My Selfie”