‘Everybody sing: “with no pants on”‘

So my Mom and I were on the phone the other day and I happened to mention that while The Child and her BF were playing some card game she (The Child) kept singing “Do your ears hang low” with (intentionally, I gather) the wrong lyrics. As in “Do your ears hang low…do they dangle on the floor” and so on and so forth. 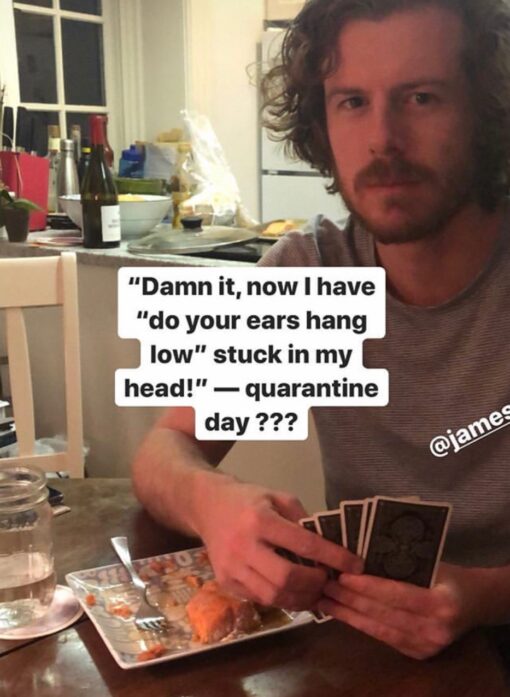 But, instead of driving him quaran-crazy, she just got that song stuck in her head.

So then Mom and I started talking about those songs she’d sing when we were little and how they would get stuck in our heads: “Ay yai yai yai…O, My Sombrero” was one, and so was “On Top of Spaghetti.” (Ask your mom; she’ll probably know these too. Just don’t ask her to sing them — they’ll get stuck in your head.)

Well, after we sang a bit and cracked ourselves up (don’t judge; we don’t get out much anymore), I said, “Hey Mom, what is it about men and pants?” 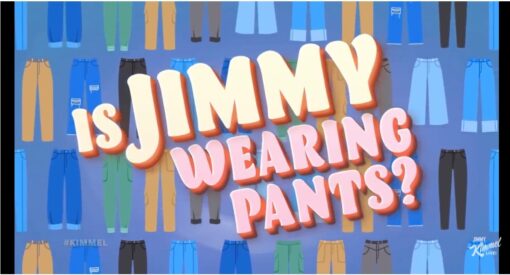 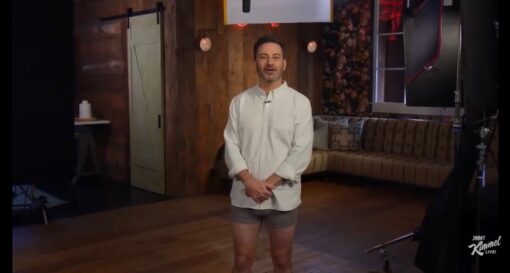 And then answers it 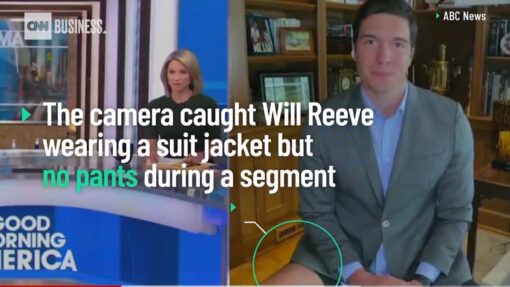 But it’s worse than that.

Even before Corona Craziness, men had a problem with pants. At least the men in my life did. I remember that my own dad would shed his pants whenever he had the opportunity. Don’t be shocked; he would be wearing his boxers. And they were kind of cute. I particularly remember a pair with ducks printed on them. Not Donald Duck type ducks; manly hunting type ducks. 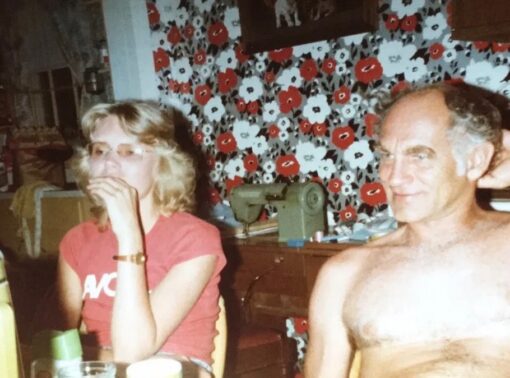 That’s me with my Dad. You can’t see his tightie whities. Thank goodness

But, as the years went by, his taste switched from boxers to briefs. And not just briefs, but tightie whities. Now you can be shocked.

If any psychologists are reading this, they can probably make some clinical hay out of the fact that, yes, I have married a man who resembles my father — at least in the pants-averse area. 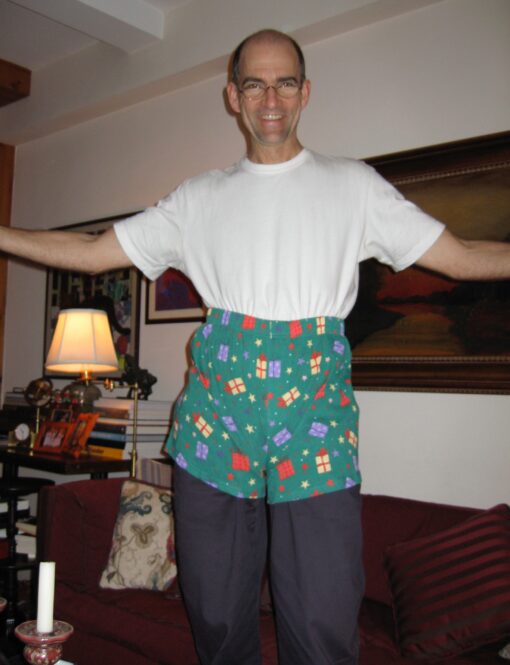 The Dude models one of many a pair of natty boxers

Yup. Dude Man sheds trou at any and every opportunity. When we were first married, this meant stripping down to his boxers. And, like my Dad, he had a pretty snappy boxer wardrobe. Then he went through a Hanes-ish phase, though his hue of choice was never white: he sported black, mostly, with a shot of red now and then to liven things up. He still looked snappy, if not a bit chilly when he was relaxing around the house. 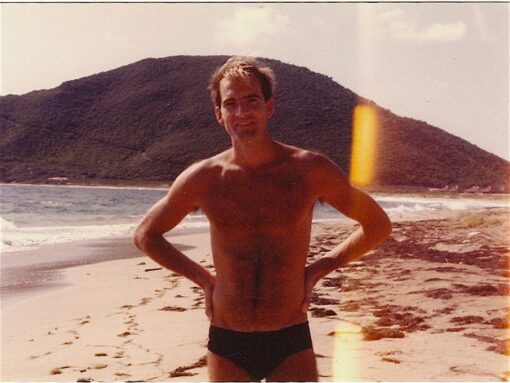 I don’t have a shot of Dude Man wearing briefs. Even if I did, I’m above sharing it. But here he is in a Speedo. You get the idea

These days he’s into (literally as well as figuratively — and don’t get me started on “figuratively”) those under-trou that go from waist to kind of mid-thigh (which is the good part) but are, well, clingy. Under Armour makes a model called the BoxerJock. Uh-huh.

I don’t think The Dude owns any Under Armour (lately it’s been Saxx in the laundry), but I do know he has this style in all shades and patterns. (The camouflage pair is my favorite. When he’s sporting these I like to say, “Where are you? I can’t see you!” He is not amused by this.) 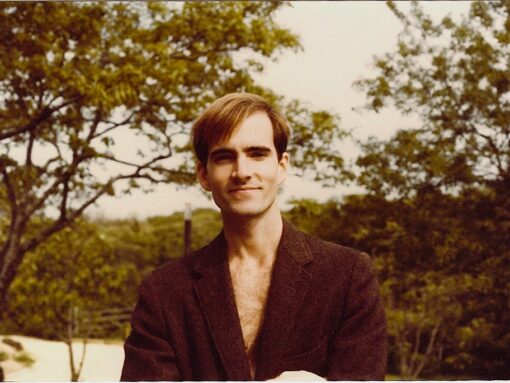 Very hunky Young Dude wearing (for some reason) a sport coat with no shirt. I have no idea if he is wearing pants

I think the camouflage was the pair he was wearing Sunday when I snapped the photo at the top of this post. Incidentally, when I asked him why on earth he was wearing a motorcycle helmet, he answered, “I’m checking the electronics.” Oh.

Now, what with the two of us thrown together in semi-forced social isolation, I’ve become very familiar with his non-pants wardrobe. In fact, I can tell the days of the week by which underwear he’s got on. (See previous paragraph’s Sunday reference for proof.)

As for myself, I can’t recall feeling all that comfortable clad only in my unders. (I’m more of a sweatpants girl.) But (pun intended), while searching for photos for this post, I did happen to come across this gem. 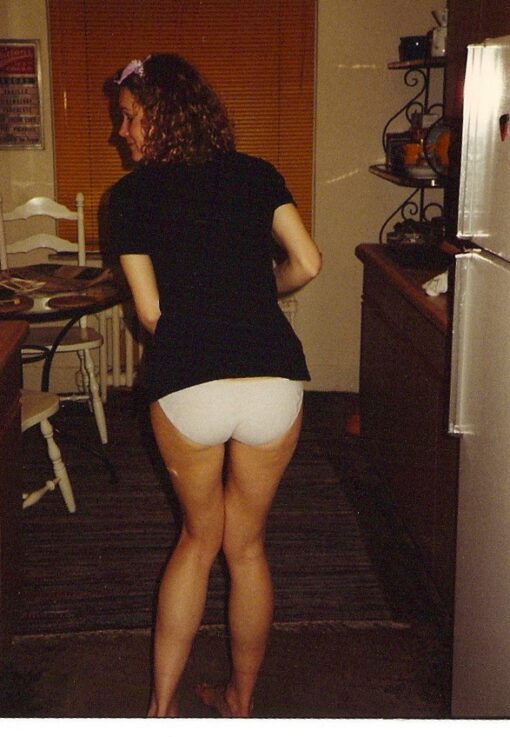